Christmas Jumper Day for Save the Children 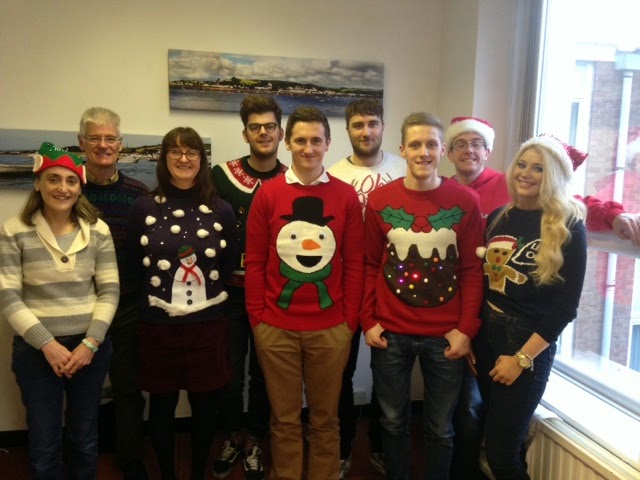 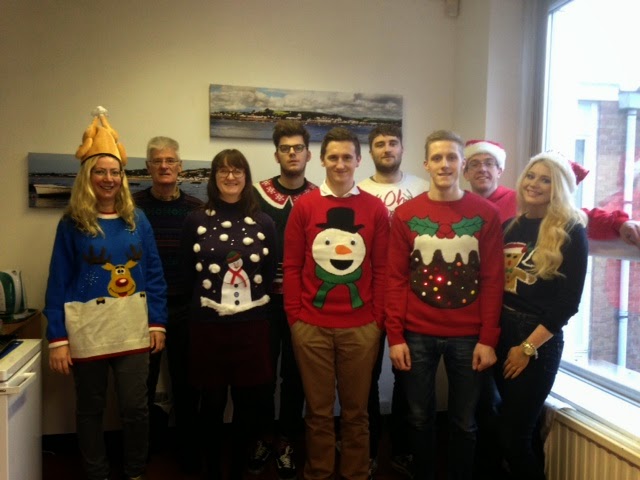 And the winner is....Teresa for her homemade jumper which included a real carrot nose on her snowman. Jamie O came 2nd with his flashing lights Christmas pudding jumper. Jamie H won the sweepstake. 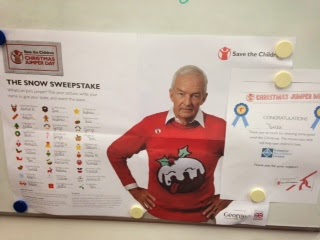 Posted by enterpriserecruitmentblog at 11:41 am No comments:

'Chocolate Cake' Jamie O. Having only joined the Company a few weeks prior, this was Jamie's first cake for Cake Monday. He had pre-warned us that he would be 'fitting' the cake into his weekend and that he would be hungover when making it (based on errors of method, I would actually question overall sobriety). So onto the cake, Jamie 'Googled' a recipe that was "fool proof". The cake was made completely by hand (no electrical assistance) and empathy was awarded for the 10 minutes of focused whisking to beat air into the batter. However, what he didn't realise was that the order of the ingredients had been added into the cake mixture incorrectly, which meant for all the whisking undertaken, no air was ever going to be produced, and what should have been a light, fluffy chocolate cake, ended up as a 1 inch high, dense chocolate brownie/cheesecake.

The Verdict - the cake had a cracking flavour and this was clearly a good solid first attempt at Cake Monday for Jamie. We appreciated the melted chocolate that had gone into the butter icing. However, the density of the cake was such that it felt as if we had eaten 4 slices of cake by the time we had powered through a slice. Considerable jaw effort was required and the singed edges to the cake did not go unnoticed. There was also some disappointment in the lack of Christmas theme - it is the 1st of December after all... If only he had called it 'Chocolate Brownie Cake'. 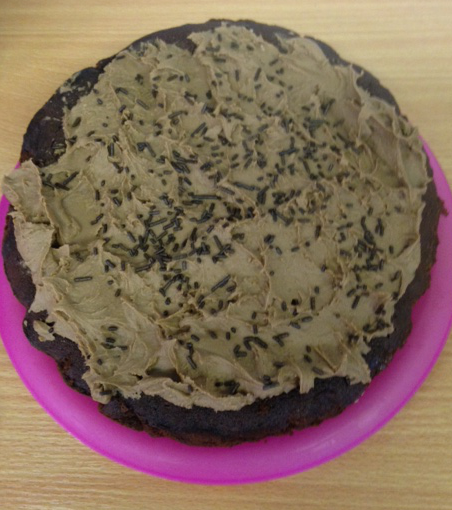 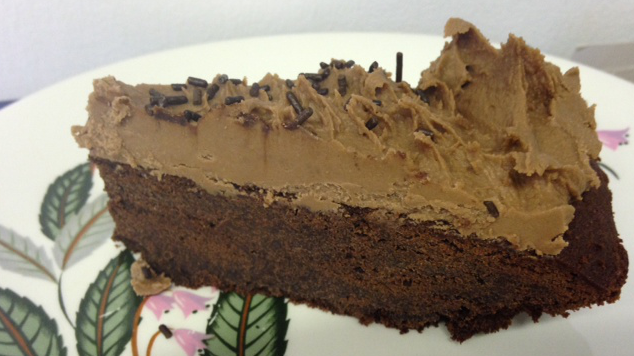 Next time: Katie's culinary and artistic talents are put to the test.

Posted by enterpriserecruitmentblog at 12:30 pm No comments: