Instead of Curry Night this month, we thought we'd spend an evening doing some (competitive) activities. Go-karting was first up. Sue rocked up in glacial-thermals. George was gutted she hadn't turned up in glacial-thermal gear presuming it would be indoors. Adam was still grumbling that he's no good at go-karting and everyone else was fine! Once we'd got our suits on (the girls had assumed the suits were categorised in 'male' and 'female' sizing, not 'adult' and 'child' so after much trying on of 'child small' and getting frustrated that "there's no way I'm a large" type discussions, we were in.) Then came balaclavas, gloves and helmets. No one took a neck brace although George wishes she had.

First lap was getting a feel for the kart and pedals. George didn't hear the bit about no over-taking during this lap. Then it was 15 minutes of what felt like an hour of driving as fast as you can (unless you're Sue, who pootled). The karts get up to speeds of 40mph on what was quite a small track with loads of bends. Tom and Jamie raced each other all the way and were the quickest with Tom achieving the fastest lap recorded for that day, let alone our session. It should be noted however, that they weren't without their pushing and shoving of other drivers on the track. There were a couple of wipeouts and a few banners of 'no bumping' flashed up to certain racers. 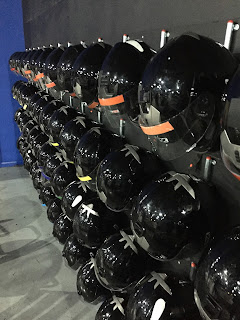 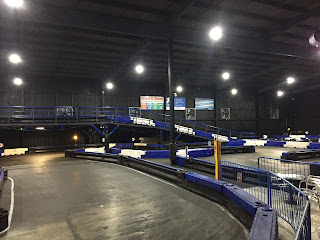 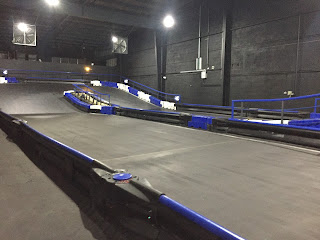 Afterwards, we went bowling and split into teams of 4. Some started off well, others came through for the finish. Some struggled with the 'mind games', others struggled with lifting a bowling ball after the driving escapade... A solid effort with Jamie achieving the highest score and his team won on points. 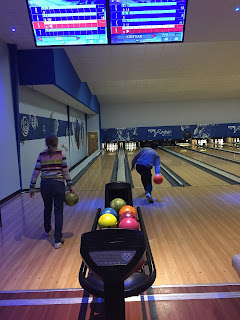 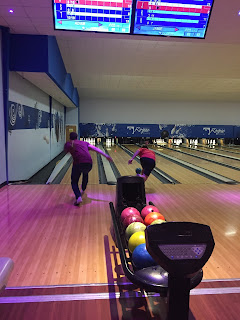 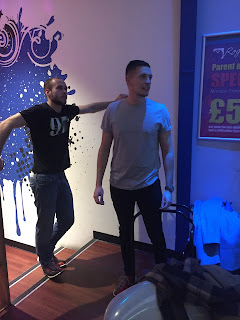 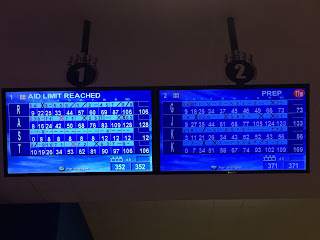 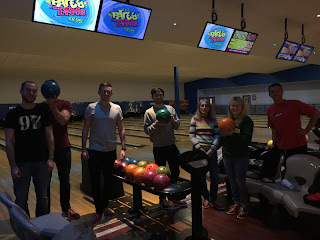 Posted by enterpriserecruitmentblog at 1:15 pm No comments: